Why I Give: an impact beyond measure

Why I Give: an impact beyond measure 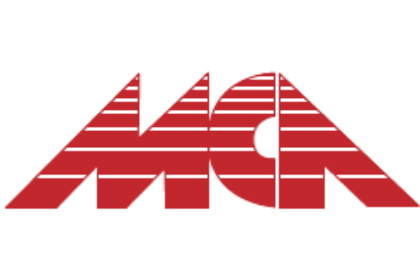 Every year, this season reminds me of the impact coaches have on athletes.  In my particular case, Ralph Halverson, my high school track coach, left an impact on me that is beyond measure.  He helped me learn that we can all achieve more than we think.  He taught me that we can all be great in our own ways and we can ALL make life better for someone else around us.  Ralph lived that belief each and every day of his life!

Ralph extended himself in countless ways for countless people.  From the hundreds of athletes he coached on the fields and courts to the thousands of coaches he influenced through the Montana Coaches Association (MCA), his life was one of service to others, and we should all aspire to such greatness.

His impact on me was both immediate and long lasting.  When I was just a skinny kid from Great Falls who loved basketball, Ralph convinced me to try track and field.  Specifically, he taught me to high jump.  He coached me in cold weather, hot weather, early in the morning and late at night.  He instilled confidence in me when I had little or none.  Ralph helped me be a better person by seeing the world through his eyes.

Many years, and many pounds later, I see my accomplishments in the high jump as a testament to his ability to see promise in others.  Without Ralph, I would not have jumped higher than anyone in our state has ever jumped, won the United State Junior National Championship, become an NCAA All-American, set my college conference record while on scholarship at the University of Houston nor competed in the finals of two Olympic Trials, jumping over 7’7 inches (2.31 meter).  But Ralph did so much more.

He became a mentor and a friend.  He showed up to watch me jump at NCAA Championships and the Olympic Trials long after he stopped “coaching” me.  My college coach, Tom Tellez, once told me that Ralph would sit next to him at the Olympic Trials while I jumped and offer his thoughts on how I was doing and what I could do better.  He was an inspiration to me and I’m confident that he was the same to countless others.

Ralph followed me and my career far beyond the high jump.  In fact, 10 years ago, I had just moved to Charlotte, North Carolina, and was leading one of the largest private schools in the country when he called to congratulate me on the promotion.  I was brought to tears when he proclaimed how proud he was of me.  When I asked if he was in Montana or San Diego, he said, “I’m in your parking lot”.  We had a wonderful lunch together that day.  Ralph was in his 90’s and that spirit and energy he had when I was a high schooler was still in him.  That twinkle in his eye as he recalled our successes and failures together was still there and that relentless energy to make others around him better was front and center.  He made me promise to keep making the world better for others.  He reminded me to whom much is given, much is expected.  He, once again, inspired me to be a better person for those around me!  He was MY coach, the same coach who inspired me way back then and he was inspiring me yet again to be better than good, to be my best!  I felt so fortunate to have that time with Ralph and thank him for all that he did to shape me into the man I am today.  His impact was immeasurable.

So if you wonder why I started the Ralph Halverson Scholarship for Montana High School athletes headed to college, now you know.  During Ralph’s last days on this earth, I was fortunate to tell him how much I appreciated him.  He told me time and time again that he was so happy that I surprised him with the scholarship while he was alive.  I told him his legacy will live in the hearts and minds of all those impacted.  We all owe Ralph a big thanks for his consistent improvement of the MCA Coaches Clinic.  I, and many of his former athletes, owe Ralph a huge thanks for shaping our lives and making us better people.  His impact was and still is beyond measure!

Please give to the Ralph Halverson Scholarship so his legacy can be seen through your coaching and our Montana student-athlete’s lives.  Pay it forward for him; pay it forward to keep inspiring our children to make the world a better place for those around them!